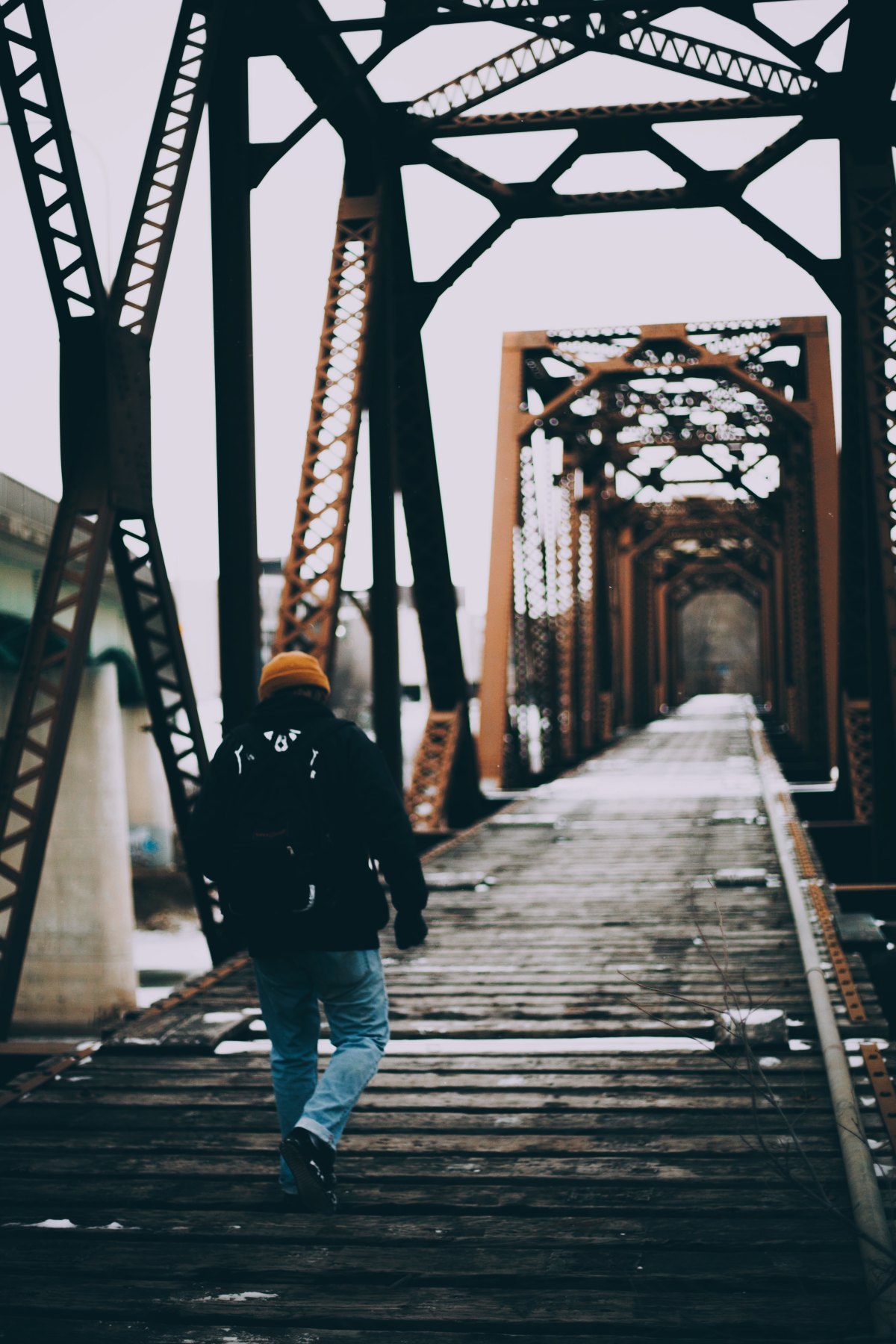 I was walking from lunch on a bridge in the hospital. When I do this, I’m usually behind people and I’m usually in front of people. In other words, I’m in a line of people walking on a bridge. We’re all going from one part of the hospital to another.

After we crossed the bridge and stepped into the main building, he turned and said to himself–or to the person on the phone if there was a phone and in my memory, there was a phone on his ear–“I’m turning around to see where I parked. I have to look back to make sure I know where I’m going.”

Of course, he meant he had to make sure he knew where he’d be going, when he returned to the parking structure. There are multiple bridges to cross at Northwestern Memorial Hospital. He, like so many other patients or visitors, didn’t want to get lost!

I knew instinctively that the man was offering me something important. I muttered to myself a line about having to look back in order to look forward. “Sankofa” came to mind. There’s so much room ahead to get lost, isn’t there? Sometimes you have to turn around and look back to see where you’ve been. And sometimes looking back is also, at the same time, about looking toward your coming future.

There may be unknowns ahead. That’s likely. But there is also a very deep, abiding, resilient knowing in your future. You have been somewhere before. You already have a sense of direction. You know some things. Look back. What’s behind you will tell you that.