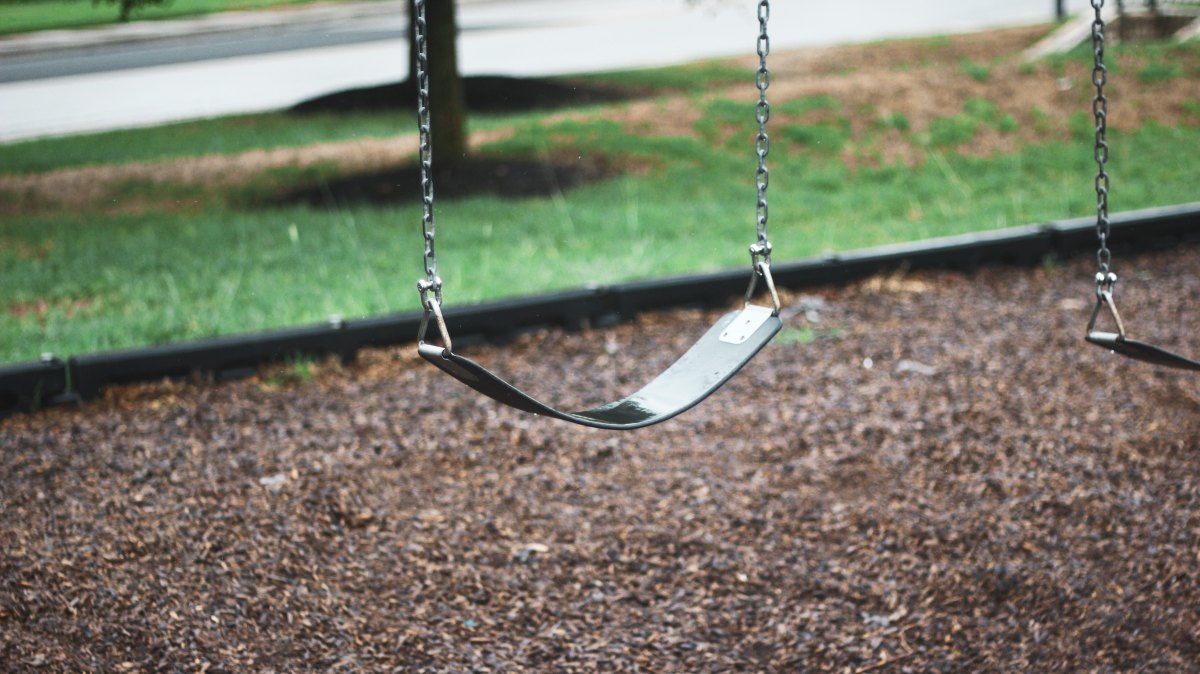 I heard Nina Li Coomes, a poet from Japan and Chicago, and her poem–which I got to by her essay in my inbox through the On Being newsletter–made me think of you. It made me think of your brother, too, but the thought of you came first.

Her poem was written to her unborn daughter and for a moment the title of the poem, spoken at a Chicago slam which Nina won, felt implausible to me, felt foreign to me because of my deep experience with you boys, felt distant to me because your mother used to say all the time how she thought I’d soften if I ever had a daughter and how she wanted to see that softening.

Presumably I’ve spent a lot of time hardening. Well, I should be honest that it’s not a presumption. I have hardened. I could insert the things I’ve said in a dozen ways before to explain that calcifying of my heart, that drying of my spirit, and provide departure points that begin with you, extend with your brother, and deepen in the country of loss that I live in while being a father whose own father exists in memories, in pictures, in videos, in the mouths of loved ones, in the twinkle of my mother’s eyes.

But I have softened and I thought of that softening today. I thought of it last night as I melted over the pain joy blanketing me in the quietness of a wonderful day to be a father. I softened all over again as I thought about why going to McDonald’s is so hard for me, why white and brown vans send my heart into its own swirls, why passing by parks and playing in parks with you and your brother the way we did yesterday is a trip full of complicated pleasures. These softenings remind me of the days when I held my father’s steep, chiseled hands, when he took me and my brother to eat, to play, to run, to be free. Thinking of them let me think of the hardening.

Nina’s words brought back my scholar and peer’s words while we were swinging on the swings, your brother commanding me to push and him watching you and you doing the same, smiling just the way you did when you were your brother’s age when we played in our park across from the Obama home, and me pushing you both by using the back stretch that ends of a sanchin kata that you haven’t learned yet, one you’ll do better than me. I was being a good dad and it was a way to spend the day with you and with my good dad on his birthday.

Nina’s poem had a line. You know lines because you possess many of them, keep your own like a poet awaiting his debut, inching up to the stage at Busboys, breathing lines at Louder, testing phrases at the Hyde Park Blvd bus stop, whispering them while you review a kata just before a promotion. Her line made me think of your line, which made me remember a moment that you discussed with me and your mother late one evening, after bedtime came and went.

You were distressed and that distress etched something in me that made me want to shield you. We talked it through. You and your mother had talked it through before. I heard some of it and stayed out of it. I waited until I was brought in so that you could do your thing with mommy. Then, we three discussed it. And we kept at it. I hardened in the moment because I’m used to hardening. I’m not bad at hardening. I would soften later. We would keep speaking over themes like the one you raised that night. We would edge toward the swing, lift ourselves in it, and eventually press ourselves into the blue.

It would be the grade that would deepen my longing for my own father, when I would write for him and offer my words to the sky for him to read the way I pushed my sons on swings during the holiday when their father felt free with them and, surrounded by friends over poorly coordinated leisure that worked out fine, despite his little fears that felt less strong.

You and your brother will keep swinging. The smiles in your faces tell me that. I’ll be one of the ones behind you, pushing, pausing, pressing you to extend yourselves, kick your legs, and dig into the movements of freedom. And we’ll all be engaging in that extending and kicking and digging. We’ll all be freer for it. One swing at a time. One smile at a time.

It is a powerful thing.  May it never cripple you.

It is a present visitor, even if it’s deep under your skin, deeper than your muscles, your bones.  May you always find its root.

It can be an enemy that takes you by the feet and pulls you down into the ground and below the dirt.  May your strength be better than its grip. 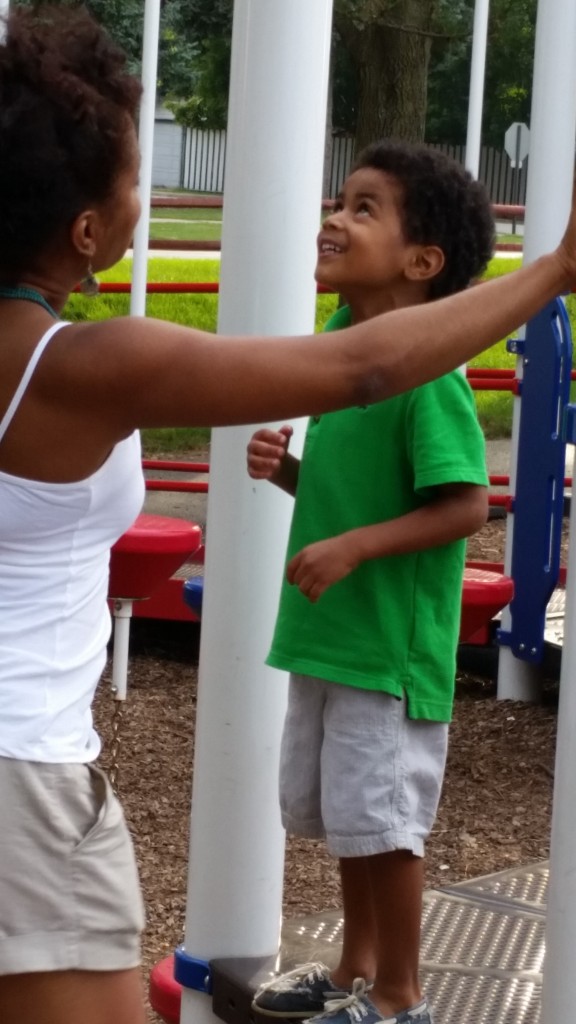 I’m talking about fear, son.  May you rise above fear, each fear, and may it only be a good teacher to you.  May fear be your best inspiration.

I thought of you when I heard all the cheering for the Jackie Robinson West team today.  Named and unnamed people congratulated them for their win, for their courage, for their consistent and elegant boyishness.

And I considered your future and how you would be like those boys, triumphant after having practiced and worked and played a game for fun and for sport and for your own sake. 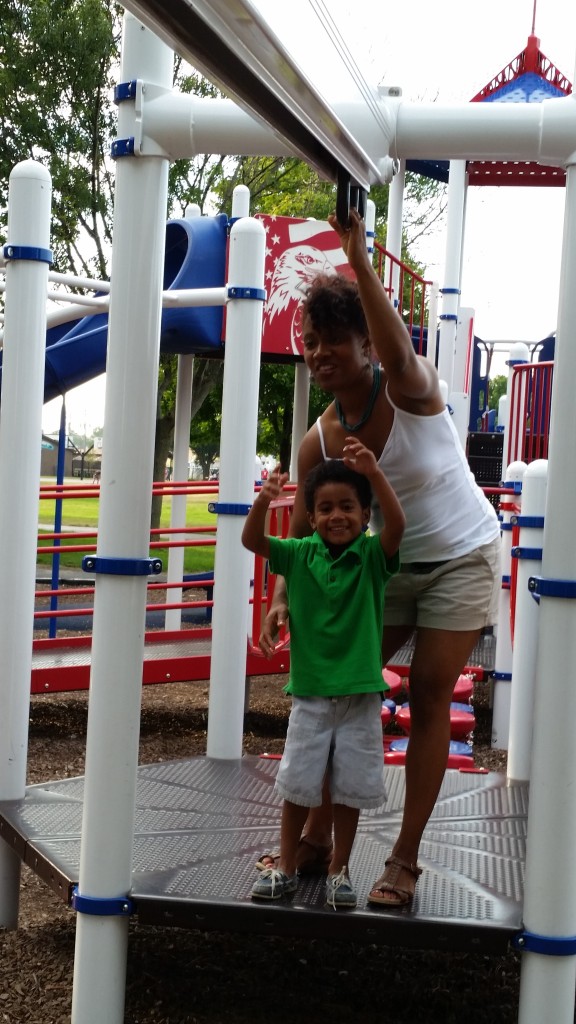 I remember when I couldn’t cajole you into reaching for this sliding contraption, when you only looked at it with something like confusion or wonder or fear in your eyes.  And look at you, growing beyond what once made you afraid.

Keep going.  Keep looking up.  Keep being guided by your mother and me.  Keep doing what seems out of reach.