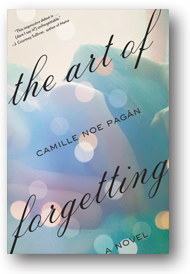 I understand that titles are often changed throughout the publishing process.  Tell us how your title came about.

Hi Michael, thanks so much for including me on your stellar blog.

I was about halfway through the first draft of this novel when the title, The Art of Forgetting, came to me. It seemed spot on—and happily, my editor and publisher agreed! My agent tells me this is extremely rare, so I don’t anticipate it will happen for future novels.

What new things did you learn in writing this novel?  For example, did you already have knowledge of Traumatic Brain Injury?

I’m a journalist by day, and I was writing an article about brain health when a doctor pointed out that brain injury is extremely common in women under the age of 40—more than breast and most other cancers, in fact. I started to research the topic and discovered that even a seemingly-small injury could lead to significant personality changes. It wasn’t long before I realized I had a great book plot on my hands. I did a lot of research while I was writing Forgetting—combing through medical journals, interviewing neurologists and even people who’d experienced brain injuries. What I learned is that while there are often commonalities in individuals with brain injury, no two brain injuries are identical in their symptoms. As a novelist, this gave me leeway to be creative with my plot and characters.

It seems your characters negotiated their friendships with care.  All of them had their own unique qualities, their own memories, and perspectives shaped by remembered things.  How did you balance the many needs, issues, and negotiations which were at work?

It was an extremely organic process: I tried to create characters who were true to life, from their larger motivations. I have to give a lot of credit to my agent and editor; this being my first novel, I made a lot of rookie mistakes—like having too many side characters—during earlier drafts. My editor, especially, helped me cull unnecessary information in order to streamline the story.

Who was your most challenging character to listen to, write, create?  Do you know why?

Julia, hands down. She’s a very strong personality—someone with natural confidence who rarely doubts her own decisions. For that reason, she’s magnetic to Marissa, who can be meek and wishes she herself was naturally more confident.

Even after suffering a brain injury that alters her personality, many of Julia’s (often unlikable, if realistic) traits remain. Some readers told me that they hated Julia from start to finish, but the response I hear more often is that readers have had someone similar to Julia in their lives at one point.

Your story has a lot about body image, physical activity, and health in it. From running and dancing to building young girls, there’s a lot there.  All of these are lengthy, relevant topics for children, youth, and adult readers.  What kind of reception have you gotten relative to those topics?  Any interesting feedback or stories from your readers?

You know, as someone who’s been writing about women’s health and psychology for more than a decade, I had a lot of material to work with and it felt natural to use it for my first novel. Women, especially younger women, spend a lot of time thinking about body image—not just their own, but body image as a concept, and what it means to be a woman comfortable in your own skin. I wanted this to be reflected in Marissa, who works at a women’s health magazine and struggles with some of the messages that her magazine conveys to readers.

The very best feedback I’ve received has been from readers who’ve suffered brain injury or who know someone who’s experienced brain injury. Not long after my novel was published, a woman who had copyedited the book contacted me. As it turned out, someone close to her had recently suffered a brain injury, and she said that my novel had been a source of comfort during that difficult time. It was the highest praise I could have received. To connect on that level, even with one reader—for me, that’s really the whole point of writing.

How would you like people to talk about this novel?  What connections would you instigate from the book, if you could do so?

I didn’t write the book with a message in mind; the most I hope for with any novel is that readers will laugh a little and maybe cry a bit, too. The books that move me most are both funny and sad.

Discuss this stage of your novel’s life.  It’s written, edited, and published.  What are you doing with, for, and because of it now?

After 18 months of promoting Forgetting—before and during the hardback release, and then again when the paperback came out two months ago—I had to step back and just let it be. Right now, I’m focused on making my second novel as strong as it can be, which requires solid blocks of writing time and mental focus. Which means stepping away from Facebook, Twitter and blogs. It’s not easy! 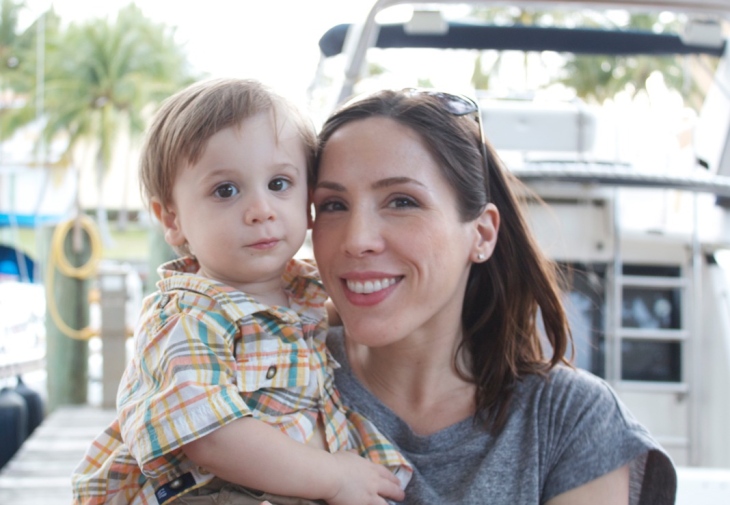 What are you reading these days?

I’m just about finished with Nora Ephron’s HEARTBURN; the woman was a comedic genius. I recently read Matthew Norman’s terrific debut, DOMESTIC VIOLETS, which reminded me very much of Jonathan Tropper, who is one of my all-time favorite authors (I can’t wait for his latest, ONE LAST THING BEFORE I GO). I also enjoyed Gillian Flynn’s GONE GIRL—that’s sitting on the NYT bestseller list for a reason!—and Deborah Copaken Kogan’s THE RED BOOK. I’ve read a few that I didn’t love, too, but mum’s the word on those. It takes a lot of work to string 80,000+ words together in a coherent manner, so even if I didn’t connect with a book, you’ll never catch me trashing it or its author.

Are you working on anything you can talk about?

Absolutely! I just wrapped up the first draft of what I hope will be my second novel. It’s about four childhood friends who grew up in the Detroit area, one of whom becomes famous, and what happens when they reunite in their mid-thirties. I’m also reworking a historical fiction novel that I wrote last year. It needs a lot of work, but I have my fingers crossed that it will be published one day!

How can readers follow you and support your work?